To help other builders, please list the boat you are building in the Thread Subject -- and to conserve space, please limit your posting to one thread per boat.

Please feel free to use the gallery to display multiple images of your progress.
Post Reply
20 posts

My intended use of the boat was to be the tender for my big boat (35' aluminum power catamaran in Juneau, Alaska). But it needed a few features that I couldn't find in any building plans. Here were some of my criteria:
- flotation in the stern because I would be launching it stern-first from the aft deck of the big boat, and I was afraid it would bury the stern and swamp.
- fit through my big boat transom gate which is 6' wide.
- be light enough to drag up onto the big boat manually
- be super stable and unsinkable (cold water up here - mishaps not allowed)
- really dry ride (did I say the water was cold?)
- capable of carrying at least 4 people and a 70 lbs dog. Getting up on step would be a bonus.
- reasonably smooth ride for a small boat

Doesn't sound much like your basic FS12, does it? Well, I started with that design and then started taking liberties, making it up as I went along. The results far exceeded my expectations, and yielded the best small skiff I've ever ridden in, hands down. No bragging here -it was all dumb luck.

Looks like you had fun building it. I like the chine being chopped off. It might have worked (IMO) on a displacement hull but looked scary, otherwise. It does plane, doesn't it. Have any action shots of it running?

deering wrote:...Doesn't sound much like your basic FS12, does it? Well, I started with that design and then started taking liberties, making it up as I went along. The results far exceeded my expectations, and yielded the best small skiff I've ever ridden in, hands down. No bragging here -it was all dumb luck... Bob

I had to go back and give the pictures more than a quick glance. You truly did build a FS12.

What had initially thrown me was that hump in the sponsons at mid ship. Thought I was looking at a displacement shape for a minute.

Cool process. I really like the interior layout. If I did an FS12, I would have to copy this interior layout exactly. The paint detail on the inwale is a really nice touch. Thanks for posting the building process shots.

Impressive, this must be the most heavily modified FS12. The bottom is still FS12 and she should perform well.
She may not be lighter than the original, that would be difficult.
Jacques Mertens - Designer
http://boatbuildercentral.com
Top

She looks nice though

Wow, that's cool! Were you thinking of a RIB when you added all that floatation up high? Does it act like one? Looks like it would be very stable sitting on the wide "sponsons" at rest but then run normally with them lifted out of the water once on plane, like a RIB. Why did you cut the lower edge of the sponsons off?
Top

heloman30 wrote:...Why did you cut the lower edge of the sponsons off? 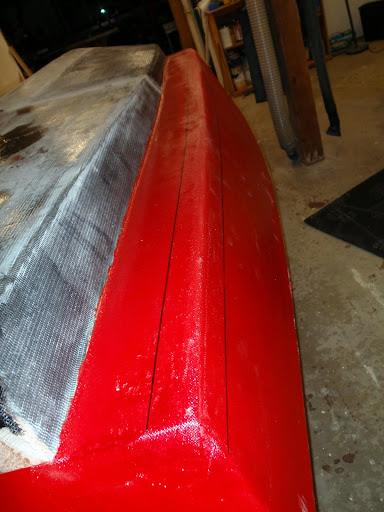 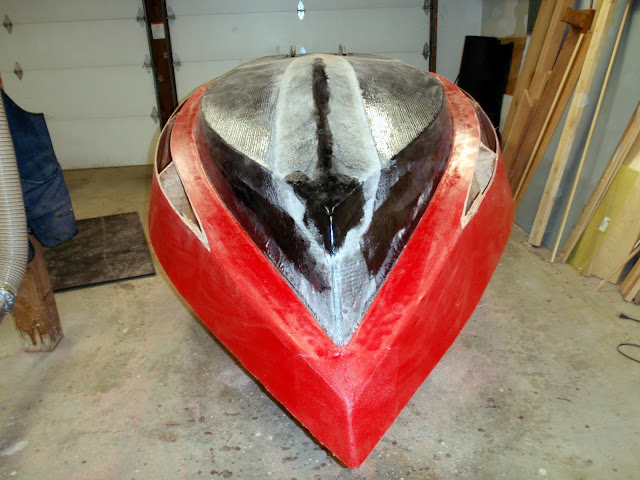 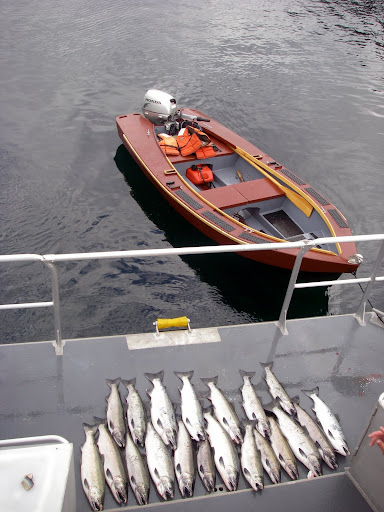 Just wanted to add some pics in the thread

Sorry for the delayed response to your questions - I updated my profile and had to wait for my Bateau account to be reauthorized.


sitandfish wrote:It does plane, doesn't it. Have any action shots of it running?

Yes, it planes very well. With the Honda 20, it can easily get 3 large adults and a big dog on step. 4 + dog is borderline if there are fatso's like me onboard. Top speed with one person (+ dog of course) is 23 mph with the current prop. More importantly, it can stay on plane down to around 9 mph, which is useful in lumpy water when you want to save your back. It also transitions transparently from displacement to planing, with almost zero change in trim. This is a utility tender, so top speed is less important than all-around good behavior. 23 mph does not feel fast in this boat - I think it would feel fine at 35 mph if it had the power to do that - though I'm not sure the hull design would accommodate that speed very efficiently. I don't have any action pics, but I know several were taken by others so I need to round them up. Wake is minimal, trim is good, and you can really see the collar deflecting spray.


sitandfish wrote:What had initially thrown me was that hump in the sponsons at mid ship. Thought I was looking at a displacement shape for a minute.

Yeah, understand what you're saying. It looks odd at first. The aft collar slopes up away from the chine, but is parallel to the water line. My intent was to keep the collar above the water line so most of the hull/water interaction is with the relatively narrow FS12 hull. My thinking was that would give me a smoother ride and better handling in rough water. If the collar was in contact with the water all of the time, I would effectively have a much wider boat with the associated rougher ride and poorer handling characteristics. Turns out my thinking was correct. The collar engages with the water in the following circumstances:
- When the stern dips while getting on step, especially with a load. The added planing area then assists with planing, but then lifts clear of the water.
- When running into big waves the collar forward provides add'l bow buoyancy and knocks down the spray. That's why it's sloped upward - this bow just will NOT be buried, which is always a worry with small boats.
- When leaning over the edge, to land a fish or just being careless. Two large men can stand side-by-side fully on the collar and there's no fear of capsize or flooding. Try that in a stock FS12 (but wear your PFD)!


jacquesmm wrote:Impressive, this must be the most heavily modified FS12. The bottom is still FS12 and she should perform well.
She may not be lighter than the original, that would be difficult.

Thanks Jacques, I appreciate that. You may recall that I originally consulted with you last fall regarding adding the stern sponsons and you blessed the idea. The rest of the modifications...you can't be held culpable for! It is certainly a bit heavier, maybe by 50 lbs at most.


heloman30 wrote:Why did you cut the lower edge of the sponsons off?

I was concerned that the sponson corners would trip or maybe 'grab' waves that hit at an angle and cause the boat to rudder into them abruptly. In retrospect, I think I could have left the corners in place on the aft few feet of collar. Would have helped 'carve' corners in steep banks, though the large twin skegs provide great tracking as is. If I didn't have the big skegs this would be a bigger consideration. Also would have provided a bit more planing surface for getting on step, but planing hasn't been a problem. I do think I did the right thing trimming them off on the forward portion though. Up toward the bow I wanted to retain as much planing surface as possible - if the bow was buried that deeply, I figured lift would be more important than steering at that point, so that's why I didn't ease the corners there.


gstanfield wrote:Just wanted to add some pics in the thread

Thank you. I tried to do that but I'm too dumb to figure it out. No doubt the instructions are out there somewhere.

I would do a few things a bit differently:

- Because the aft sponsons provide more lift, I would make the aft bench seat smaller, moving the driver back a bit. This would give more interior room and make running the tiller more comfortable without an extension.

- Alternatively, if money were no object...I'd put a 30 hp on her with a console. Still sitting on the aft seat. That would then be a real 'fun machine', but still a practical tender. It would add more weight which would complicate loading and unloading from the big boat a bit, but manageable.

- I want a bigger work skiff of the same design now! I'm looking for the same type of hull, a fairly narrow planing hull. The Panga 20 is my current thinking. The 6' 1" beam would allow a 1' wide collar all the way around and still be trailerable. Also, the collar takes the place of the gunnels in providing structural rigidity of the side hull panels, so that allows more interior space and a cleaner interior look.
Top

Did you think at all about putting foam in the "collar," did you think it would add too much weight, what do you think about that now that you've run it? A panga modified like this would be very interesting, I hope you build it. Also, I remember when you were first discussing building this, and I'm surprised at the speed that you completed it. Very impressive!
Top
Post Reply
20 posts

Users browsing this forum: No registered users and 3 guests